Flipper was a Dolphin

As a kid growing up in the 60’s the Space race was big news. I remember seeing one of the missions in my school classroom on a rolling black and white TV. My friends and family would talk about the Apollo Missions to the Moon. Then in more recent times the Shuttle missions were in the news. I never made it to Cape Canaveral to see a launch in person but I always wanted to. On the Great Loop Trip we were going to travel right past the Kennedy Space Center, so a stop to visit it was required. We planned a stay at Ocean Club Marina for a few days. My Son Garrett flew in and we purchased tickets in advance to tour the Kennedy Space Center. I highly recommend a visit. All of the displays are done very well with many of them highly interactive. The size of these rockets up close are jaw dropping. Past, current, and future aspects of the space program are covered. For the future we mainly hear about Space X in the news , but NASA, Boeing, United Space Alliance and many more operate from the center on future projects.

The best part was taking a Bus tour of the Cape grounds. We were able to get close to several Launch pads, Crawler transporters for rockets, and Launch control buildings. Seeing the Vehicle Assembly Building up close was awesome. The Skyscraper building you can see for miles. One of the massive doors was open and we could see workers (they seemed like ants) repairing a launch tower.

The icing on the cake was a scheduled launch of a Space – X heavy rocket while we were in Port Canaveral. This one had 3 boosters very similar to a Heavy rocket test launched a few years ago with Elon Musk’s Telsa convertible as payload. This one carried a Saudi Arabian Satellite. There were a couple of weather delays and we had to move on from Port Canaveral.  On Thursday, april 11th, we found a fantastic anchorage 10 miles from launch pad 39a with an unobstructed view. We were able to witness the entire launch and booster rockets return. Smoke and flames were easy to follow as the rocket went up and then the sound. A low rumble almost like distant thunder and we could feel a little of the sound pressure. We watched the booster rockets return to earth and land. Upon reentry they made a sonic boom which we heard and felt. It was all over quickly but a memory to last a long time.

A series of pictures from KSC and the launch. 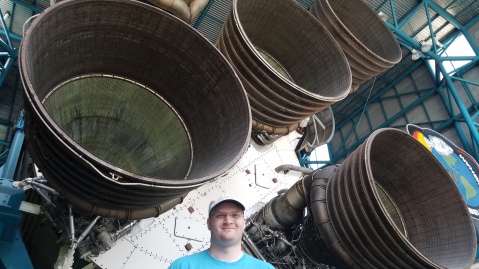 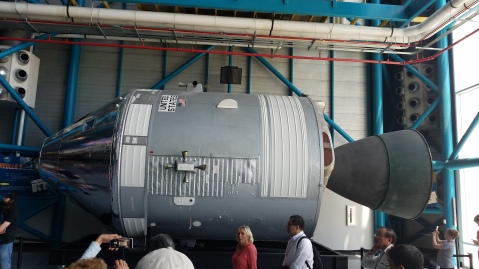 Our view for the Launch. The arrow points to Launch Pad 39a.

Go for Launch, Dorothy was a little excited, use sound.

This stop will  make the top 10 list of our great loop adventure. 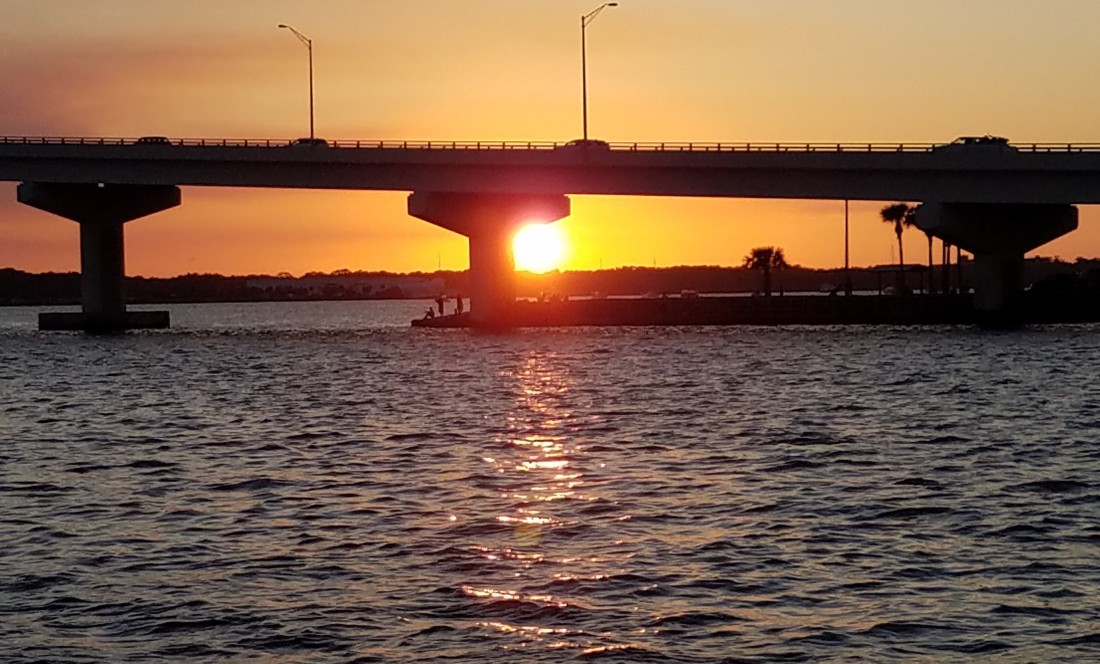