Dorothy and I spent a little time in  Marathon Key. Here are some highlights.

I may have mentioned this before, Dorothy and I try to moderate our Marina stays with anchoring out in open water. We have set up SEASONS to be very self sufficient when we are not plugged in to the shore. There is a propane stove and grill for cooking, 12 volt refrigeration and freezer, an extra set of 12 volt house batteries for power, 300 gallons of fresh water and if needed we have a diesel powered generator for 120 volt power (seldom used). Crawl Key is one of those off the beaten path secluded little keys to hide behind. No other boats around except for an occasional fisherman going by. No sounds other than nature, water lapping, birds on the hunt, and a fish jump once in a while. At night the boat gently rocks and the stars in the sky are ablaze. Thanks to some suggested star gazing apps from friends, I am getting better at recognizing the constellations.

This video demonstrates the interaction of a stronger wind and a tidal current on our boat at anchor. Current usually overpowers the wind effects. I am facing forward on the boat, the wind is blowing 20 knots from my right, we should swing so the bow of the boat is facing into the wind, however, the current push on the hull is 5 knots from the left.  If there was no wind we would swing into the current, so the boat finds a happy balance, it takes a little getting used to.

This place is a little slice of Paradise. It is fairly new and they are out to impress boaters. The Staff was awesome and very helpful. The facilities are first class and very clean. The pool was beautiful just look at the picture. We already booked a couple of weeks for next year. Our boat,  SEASONS, is at the far end of the photo. 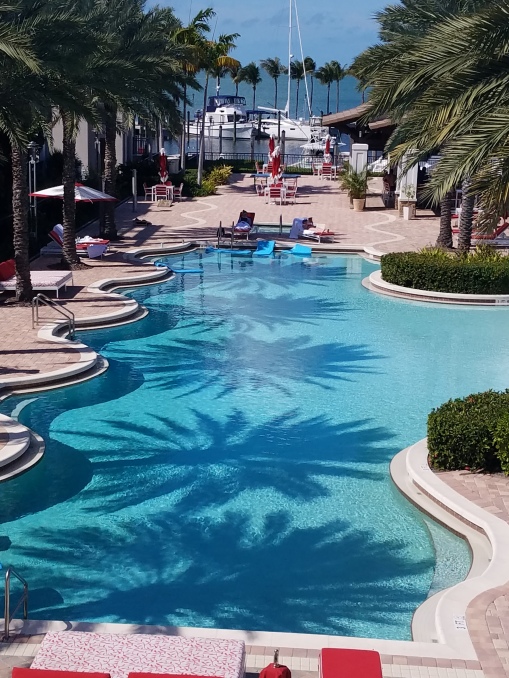 We were right across the street from this great 2 day food, craft, and music festival.  We brought our folding lawn chairs and set up camp for the day. Very good local artists performed on stage in a wide variety of music types. There was beautiful art work we wanted to purchase, if only it fit on a boat. Beer and other drinks were a little pricey and the food was just OK. We had much better dishes at some of the local establishments. I was on the lookout for Shrimp and Grits on a stick, but food on a stick is not big here. Maybe a new thing at the Wisconsin State Fair next year. 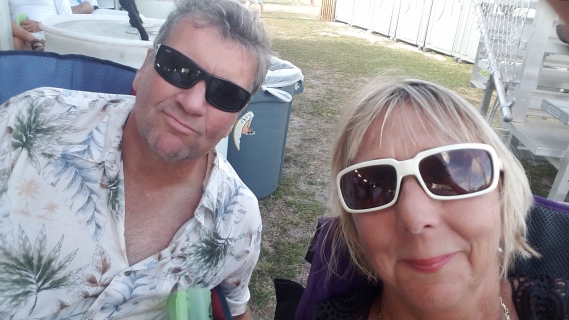 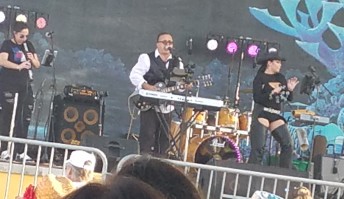 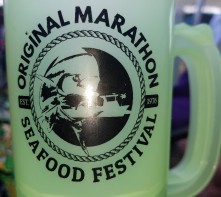 Keys Fishery – Their signature Lobster Ruben Sandwich was so good. (Had it twice) 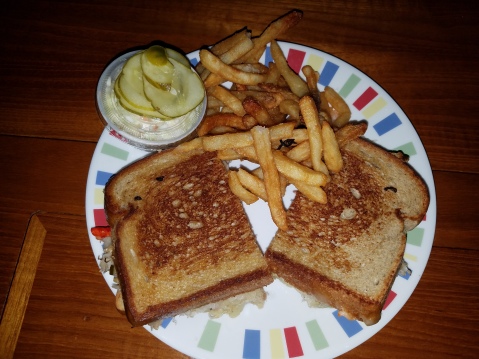 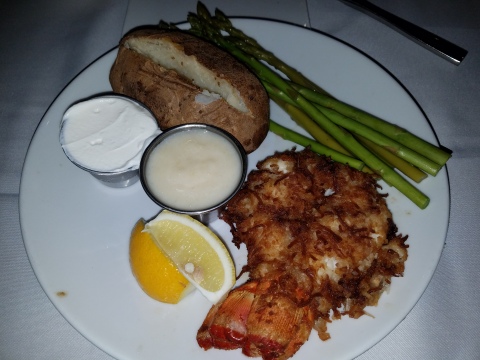 Burdines Pub and Grill – Fish sandwich and the best fries around

Its a good thing we had our bikes to offset the calorie intake. We enjoyed bike riding quite a bit and became used to drivers being oblivious to us. We biked somewhere almost everyday, finding reasons to go for a ride.

One of the highlights was the Marathon Yacht Club. We stopped in for a cocktail and to check out the place. The people were very nice and invited us back for Thursday Happy Hour Bottle Cap Bingo. We had never heard of the game before, so we had to go back and try it. It was a blast with 40 or so members playing around the bar. A little hard to explain the game but a lot of fun. We didn’t win anything though. 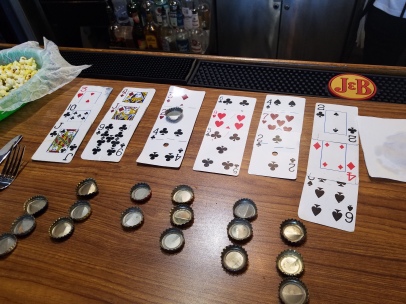 Our friends James and Mary  Jane, who we met at Marlin Bay went on a day boat trip with us to Sombrero Reef for a great day of snorkeling. There are moorings at the reef, if you manage to get there early and grab one. The 4 of us spent quite a few hours snorkeling on the 3rd largest reef in the world. Its nice to have your own boat at the reef and take breaks and have a little lunch. There is so much to see in 20 feet of water, large schools of fish, lobster under rocks, and lots of very colorful reef fish. I was swimming along looking down when I noticed a large Barracuda at my eye level just looking at me, they are not aggressive, but when you see those teeth its very unnerving. Time for Brian to swim away.  By the time we left, other boats where waiting for our mooring ball.

The smiling Palm tree next to our boat in Marathon Key. 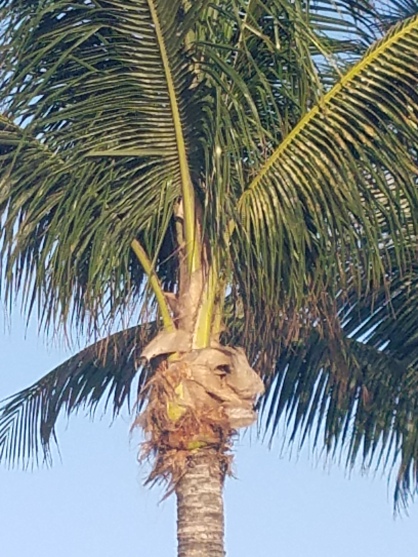 Some sunsets from Marathon Key 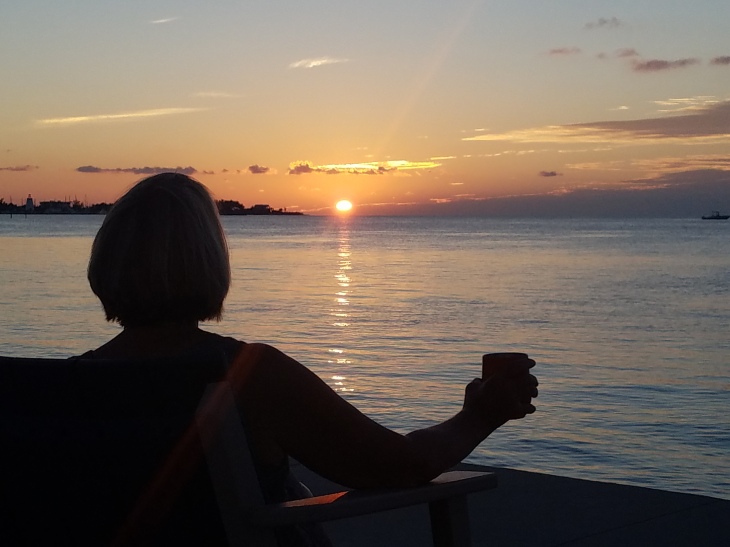 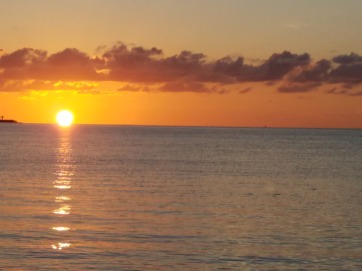 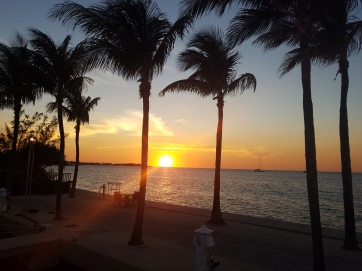 The next seasonsunderway.blog is all about the Turtle Hospital.